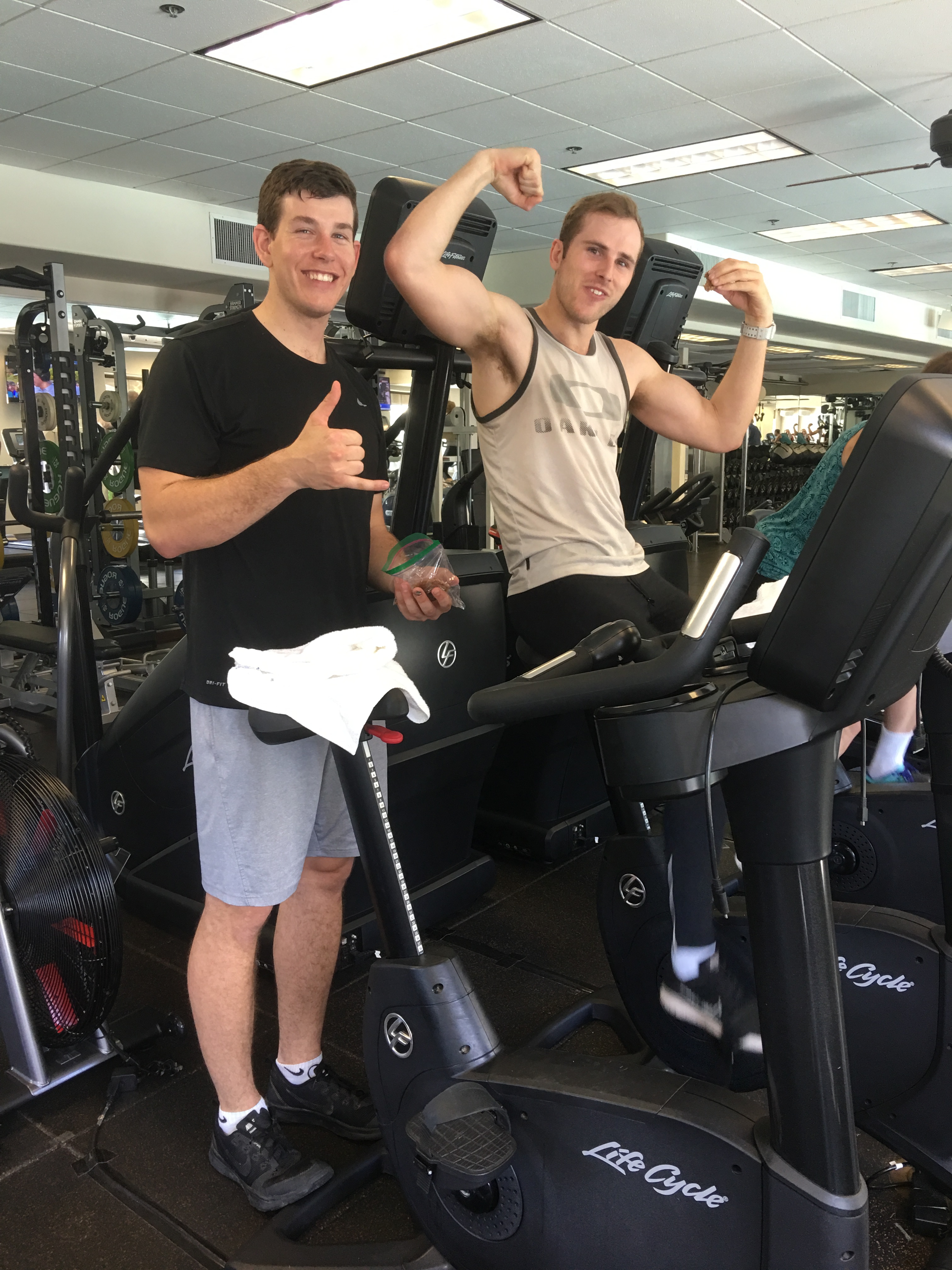 Members Ian McCaffrey and Carson Heywood arrived on April 1st at 5:15am to start (and almost finish) the HSNVMan challenge.

“They had to unlock the doors for us we arrived so early,” said Ian.

The men went straight into the pool to cross off 2.4 miles of swimming from their to-do list.

Returning the very next day on April 2nd, McCaffrey and Heywood finished their final 7 miles of running to become the winners of this year’s HSNVMan challenge!

“We weren’t doing it to win a prize. As a challenge to ourselves, we wanted to see how much we could do. We have different work schedules during the week so Sunday was the only day we could do it together,” said Ian.

McCaffrey says, “I have some family members who’ve done actual Ironmans and I wanted to see what it was like. Now, I have so much respect for them. We were indoors with perfect conditions and it was tough.”

For the two days leading up to their all-day Ironman-a-thon, McCaffrey says they did a lot of research on how to approach it. They each brought one gallon jugs of water (although they both ending up drinking over 2 gallons) and prepared sandwiches with white bread and jelly (3 per person). They wanted to consume sugars they could easily burn. “We researched “How to do an Ironman if you’re not prepared” and that’s what a lot of fit people said to do,” said Ian.

“The craziest part about the whole thing is that it’s all mental. You know you’re about to sit on a bike for two hours… We did that about 3 times. (laughing) It’s ridiculous.”

Congratulations, Ian and Carson! Way to get the competition started! 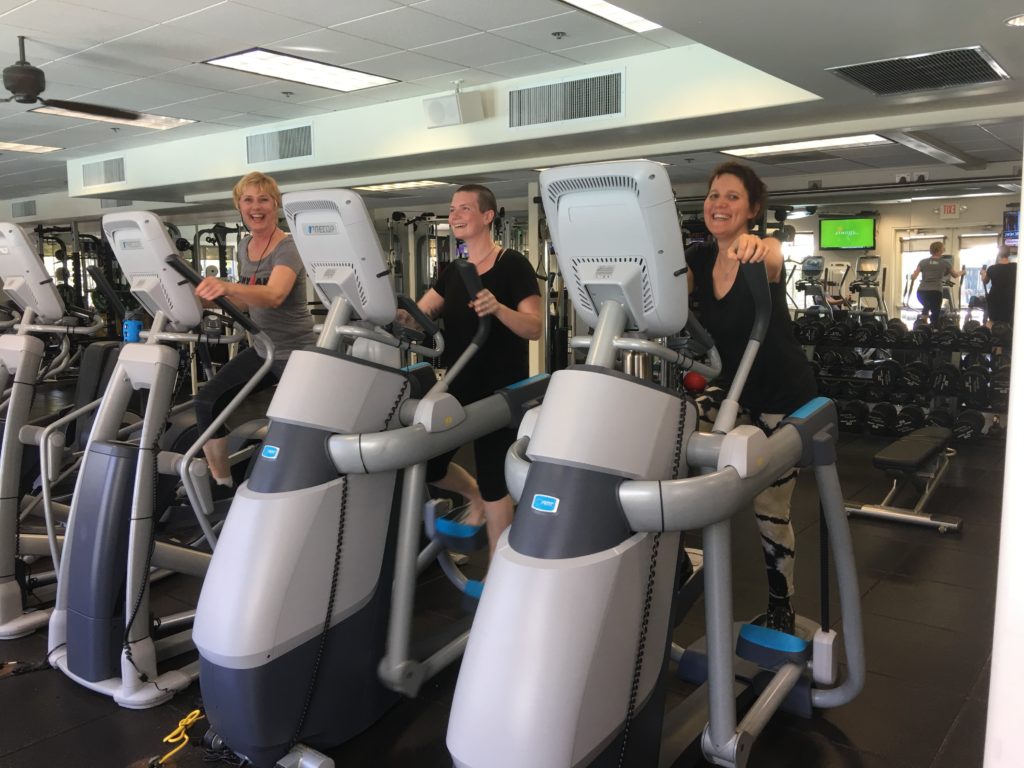 Cudos are also in order to our Spa team who sweat-it-out between spa treatments!

“I felt so good afterwards! I’m so happy I did it,” said Tammy. “I feel really excited to be doing this challenge, knowing that I’m doing something healthy. I was surprised at how much energy I had after I was done! And it was cool to see some of the members I work on in a different setting.”

Sandberg says,”On Friday I was feeling so tired I could’ve fallen asleep on my table, but I thought NO! And after I exercised, oh my gosh, I felt so much better!” 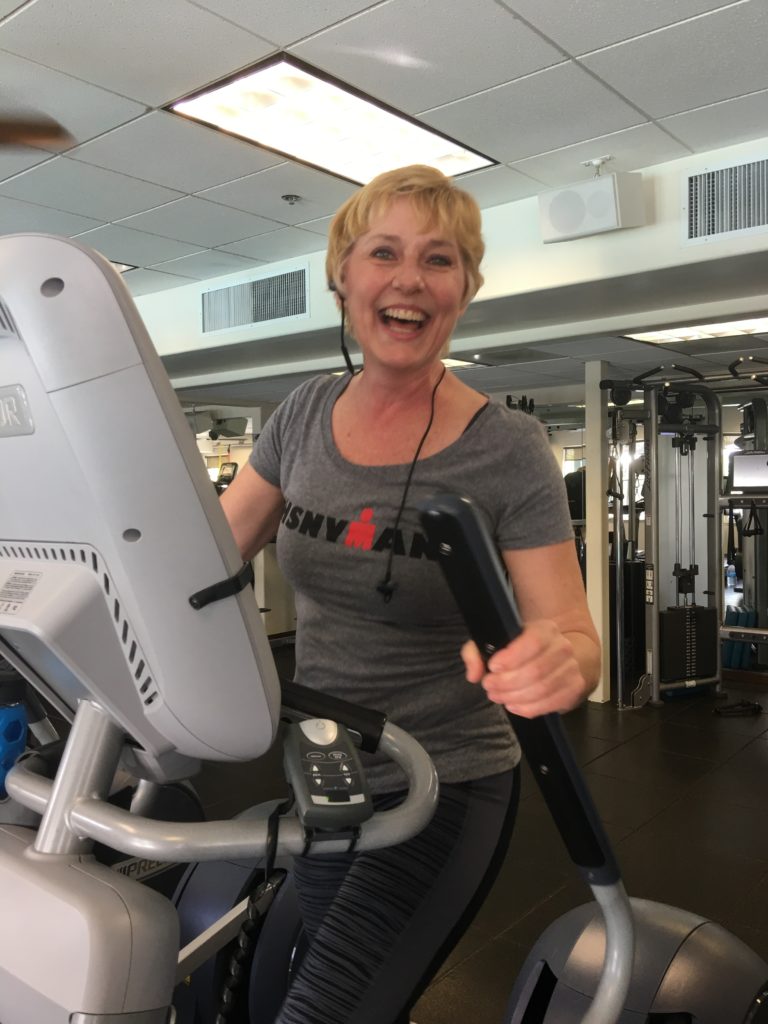 Thanks for the inspiration spa therapists!

And, thank you to everyone participating in this year’s HSNVMan.

About the Author: Ashley Darling

Hi, I'm Ashley! The Marketing Director at Health Spa Napa Valley. I love yoga, wine, brainstorming new ideas and the simpler things in life - especially in beautiful wine country. I hope you can find some inspiration from these real life stories in the Live Inspired blog.